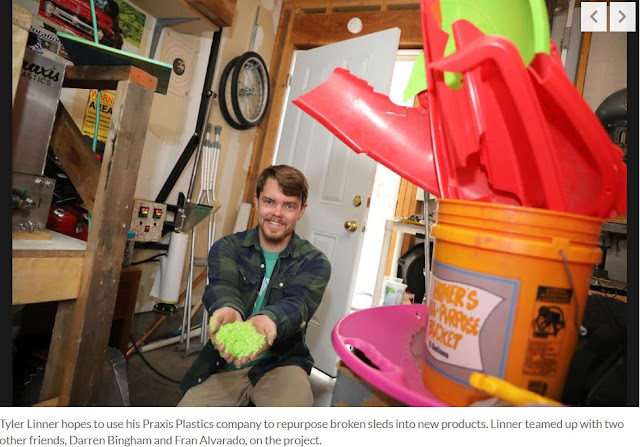 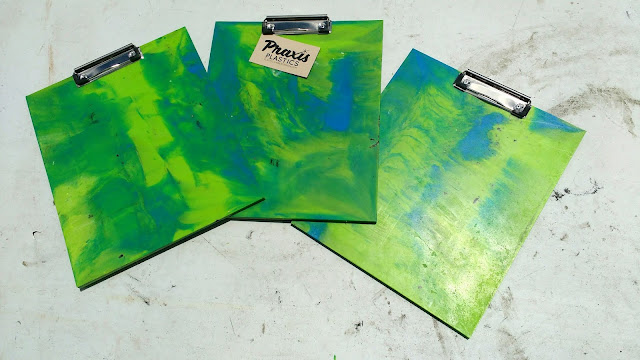 I've made over 20 now! I've developed a process now which is going pretty well. Just trying to pump out as many as possible.
on May 12, 2019 No comments: 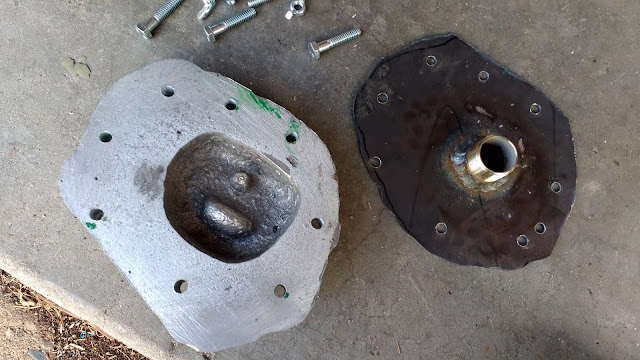 I was able to trade a clipboard for some welding work for getting a nozzle on the steel plate. Additionally a plumber who came to the house offered to just fix my old Rockwell drill press so I was thankfully able to use that to drill many of the holes on the mold! 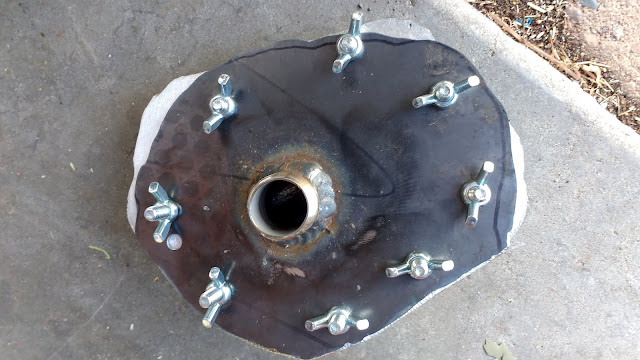 Put together, the bolts and wing nuts hold the mold together pretty well and it's quicker to use than the sheet mold which has normal hex bolts. 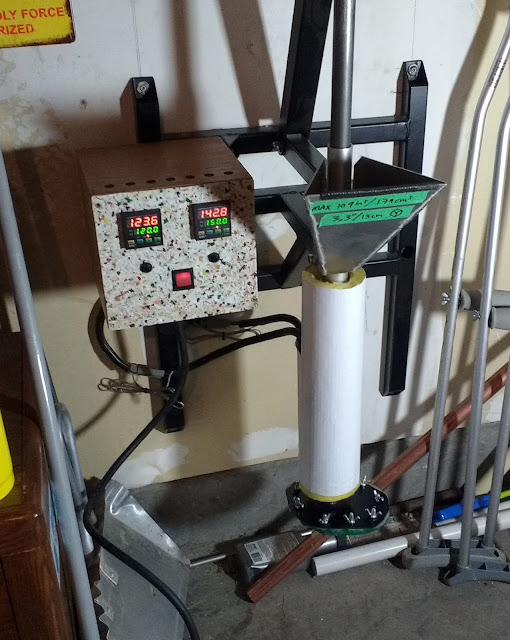 This is the Precious Plastic injection molder melting some HDPE. The temp controllers each run two heating elements on the insulated pipe. Plastic gets poured into the triangular hopper and after about a half hour (might have to do more) it is melted and ready to inject into the mold, on bottom. One YouTube video suggested setting the two controllers at separate temperatures, but I'll probably experiment with this a bit. 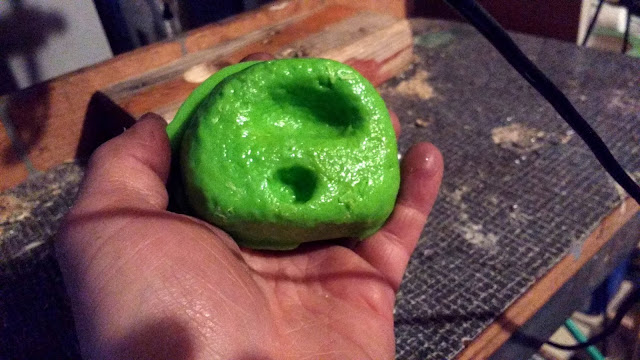 This is the second shot I got. The first one wasn't fully melted but I'm seeing that about a half hour is enough to pretty much fully melt this sled HDPE. 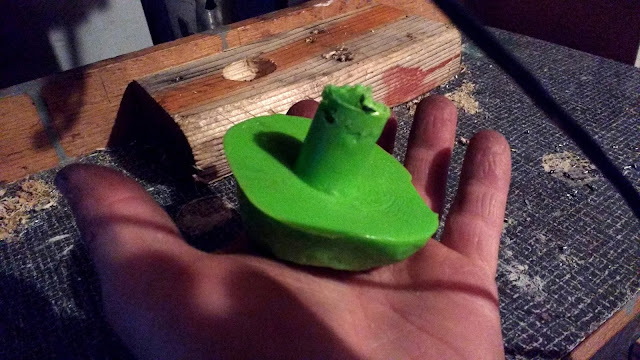 Aside from a hack saw, I'm not entirely sure how to take off this plug from the nozzle. It's really really thick. I think I might have to neck that down a bit to make it more manageable.

One big concern here is that the hold feels really slick right now, even despite the authentic rock texture we used on the clay version. I'll try some other plastic sources and possibly preloading the mold with sand or another texture. Not sure how it'll go but I don't see why this couldn't be used as-is on an angled degree kids' climbing gym as seen from a web image below. 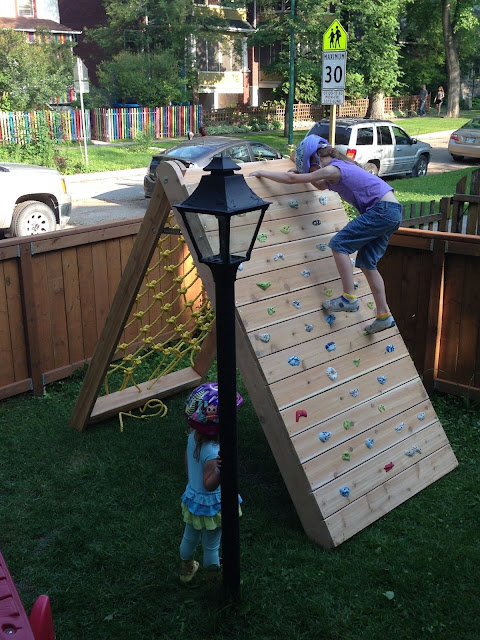