First of all, I have to express my excitement that the Arizona Recycling Coalition awarded me a further $2,700 for a Precious Plastic injection molder, three molds, and installation money. I will order that as soon as possible!

Now to the actual work. Ward stopped by on Friday and despite feeling under the weather I came outside to help out as much as I can as an electricity noob. We finished hooking up the controller and added an oven on/off switch so I don't have to unplug it every time.

One of the bigger issues as we plugged it in was that since almost everything on this oven is used and/or literally found in the trash, the main power cord's plug is a bit sketchy. By which I mean we're going to have to replace it with a better plug before I start really working with this.

But there is also good news! I managed to shove it into an extension cord and the controller lights up! 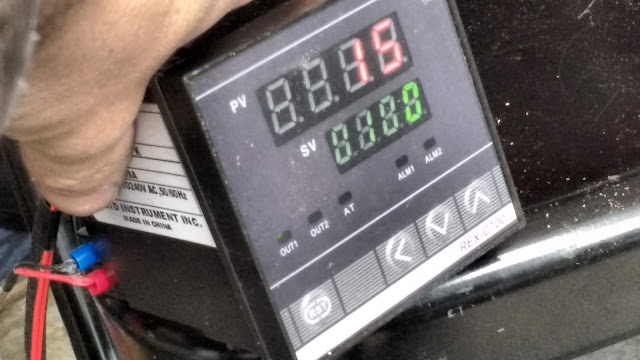 That number on the top, PV, is the actual oven temperature (15°C/59°F), and SV is the set temperature. After interpreting some really difficult Engrish instructions we figured out how to change the temp. You have to press RST, then move left to select which digit you want to change, then go up and down. 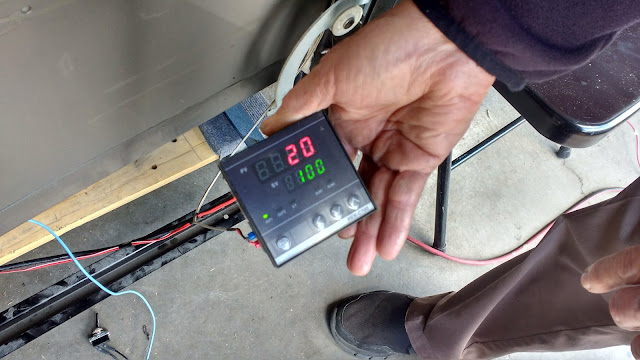 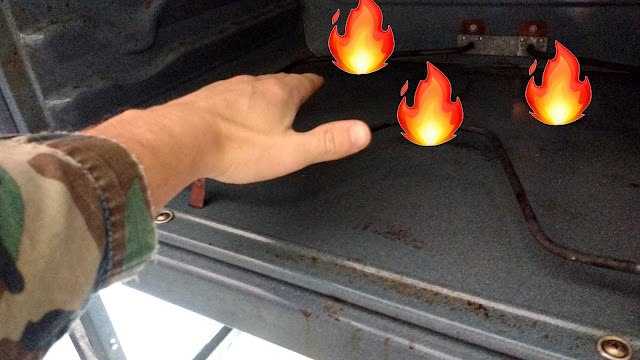 Next steps here are to get the control box made and have a frame welded up around the oven so that it will take the pressure of the car jack. I'm a little behind where I was hoping to be, but I do have a couple months wiggle room for getting these machines to work, so it should be ok.