I'm happy to debut my new logo! Like my machines, it's got a bit of midcentury flair. And of course it does little good beaming with electrons at this site, so I ventured into my university's MakerLab. They have everything from a sewing machine to 3D printers, but my eye was on the little Cricut vinyl cutter. 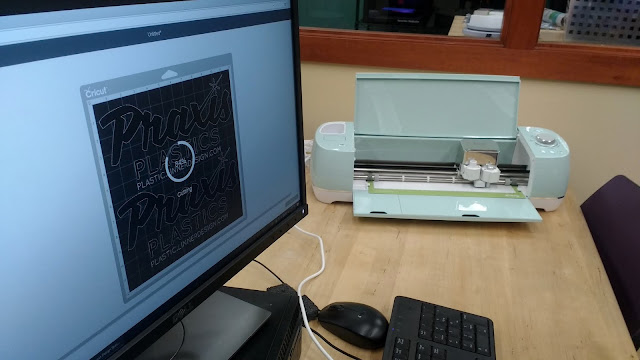 It's a very simple process. I made my logo in GIMP (basically a free Photoshop-like software) and brought it to the MakerLab on a flash drive. Then I imported it into the online software, added some vinyl, and boom! New decals. I made a couple white and a few black, in varying sizes. 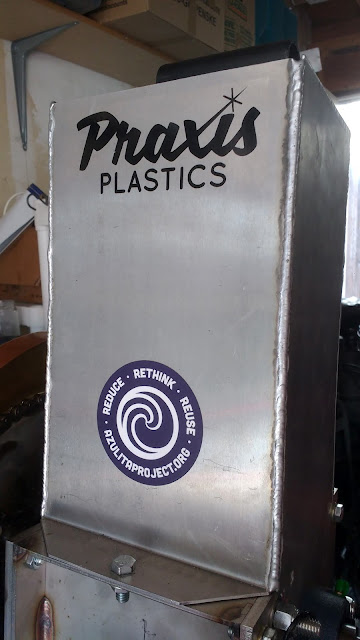 Pretty neat, eh? I think I'll add them to the other sides as well; the goal is to have a logo visible in any photos I or anyone else takes.

In other news, I have been looking for a control box for the oven. This is mostly for fire protection if the switches fail, but also cleans up the look a little. I was considering a plastic ammo can I found in the trash months ago, but was warned that a flammable box will not be good at keeping flames in! Next idea was to either make one or buy a metal box. The smallest (.30 cal) ammo box available at the local surplus store was $15- a little higher than I was willing to spend for something that might not fit my temp controller.

I was getting ready to build a metal box from scratch when I happened upon a couple pallets full of various ammo boxes at the hardware store. I don't know where they got the things, but I walked out with this adequately sized .50 cal box for $12 plus tax. Not bad. It should work well as a control box and it's hard to deny the cool-factor! 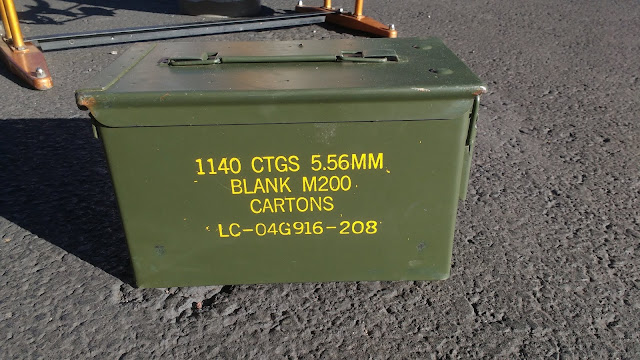