Alright! I got the shredder home this past weekend and just got to messing with it. 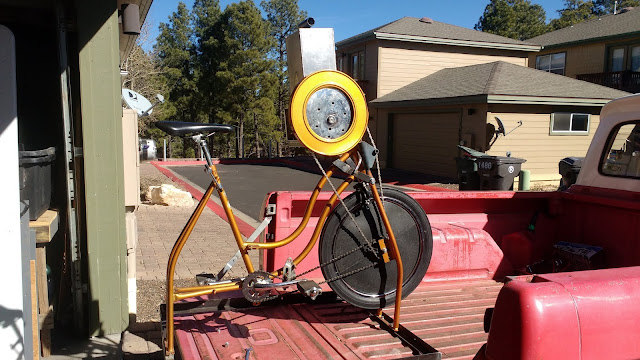 There were a few things that needed tweaking though. The first was that the base turned out a bit larger than I anticipated, so it was going to be hard to fit into the garage. It's a "two car" garage but since it's 2 feet (61 cm) narrower than a standard one, space is tight.

I removed the big box base and reattached the original bases to the bike. The original front to back braces had to be removed to fit the custom drivetrain, so I had to add another brace on the bottom. This turned out to be a lightly modified (see below) piece of bed frame angle iron which someone had thrown in the trash. Of course with a hardware store run and the hardness of this steel, the base modification took longer than I'd anticipated. 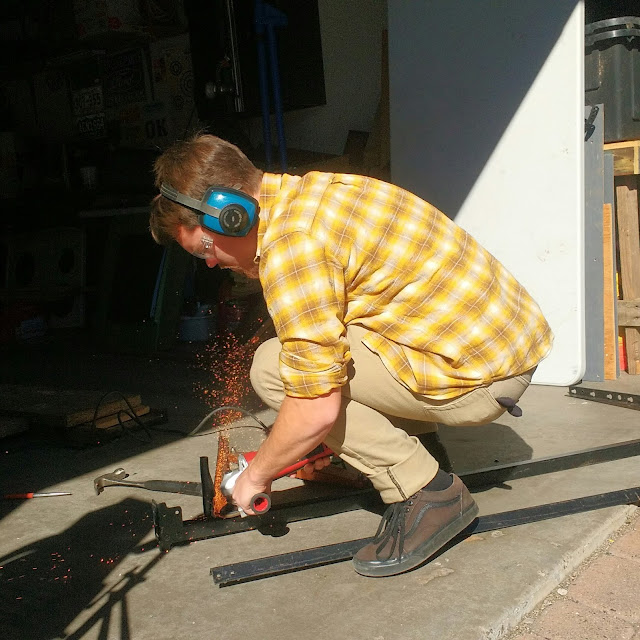 The new/old base can be seen below. 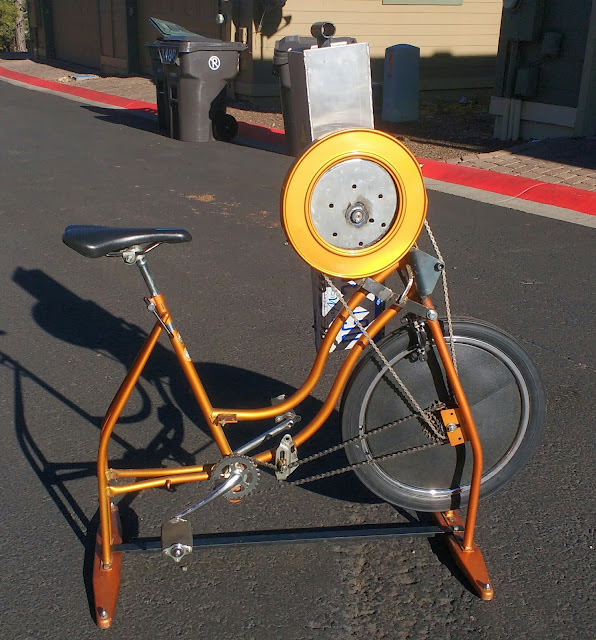 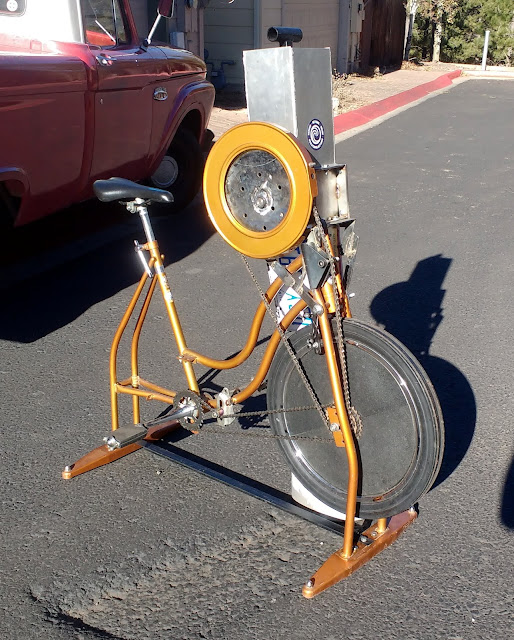 I pulled out a pail from my new stack to test the shredder. Someone had thrown out 15 or so 5-gallon buckets at the recycling center dropoff a while back so I had to grab them for this project. Unfortunately they don't fit in front of the left pedal, so I'll have to extend the chute a bit. A more in-depth video walk-through follows. Click into YouTube for a bigger screen.


I took the shredder out of the street to try it out. The first test subjects were some black polypropylene (PP) take-out containers. The shredder does shred, but it gets easily hung up. When it gets hung up, the pedals stop abruptly. Regardless, I was able to get through the two containers (one clamshell and one bottom). Since the bucket didn't fit, I tried to catch much of it with a trash PP drawer. 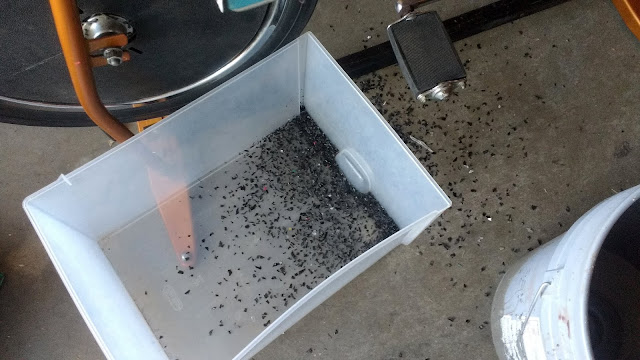 It didn't add up to much. Maybe a cup or two (240-480 mL) of plastic came out. Surely this will melt down much smaller as well. 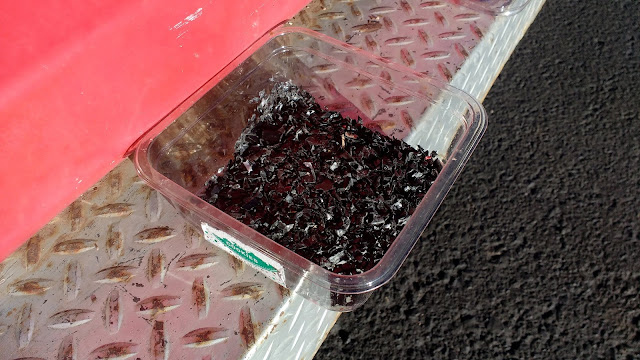 These findings have led me to understand that I need lower gearing to eat through the hard parts as well as a MUCH heavier flywheel to keep the shredder going longer in the face of momentary high resistance. My current one, as you may remember, weighs 10.89 pounds (4.94 kg). I am shooting for 30-40 lbs (14-18 kg).

Flywheels basically store up kinetic energy so it can be released later. Treadle sewing machines have flywheels, and so do automotive engines. They basically smooth out variations in power generation and power consumption, making machines more predictable. 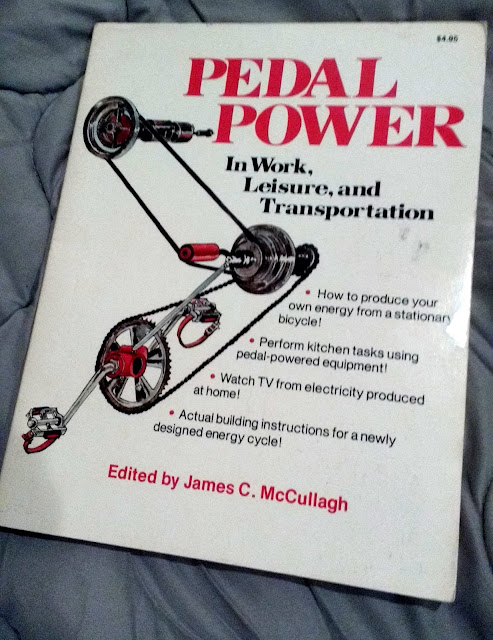 Here is my inspiration and basis of much of this knowledge. It covers machines from ancient times right up into the 70's bike boom and energy crisis. Very cool information, and much of it gleaned from projects similar to mine.

The last thing I did was to try to lower the gearing by moving the chain over to the 28 tooth cog and the lower chain and the 14 tooth on the vertical chain. This will give me that low 4.6:1 ratio- 4.6 revolutions of the cranks to 1 revolution of the shredder. I needed to get a couple parts for that so it's my project for today.
on November 16, 2018