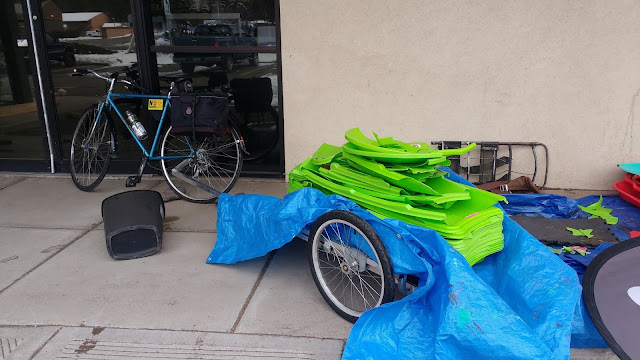 People love to drive to Flagstaff, buy cheap sleds from Target, let their kids break the sleds in the forest, then abandon their trash in the snow. I have partnered with a local gear shop called Snow Mountain River (SMR) to recycle them into something marketable.

Today I went to grab the first batch of sleds, 50 lbs of green Paricon Model 648's originally purchased at Walmart or Target for about $10 each. Only one of all those sleds in all the colors had a recycling logo. I contacted the company on Facebook and they were not especially helpful, saying the sleds were "either" HDPE or PP. Hah. Since the one is labeled HDPE and they are all the same model I'm going to ASSUME they're all the same.

The idea was to take them home, slice them down to shredder size, and see how well they shred. 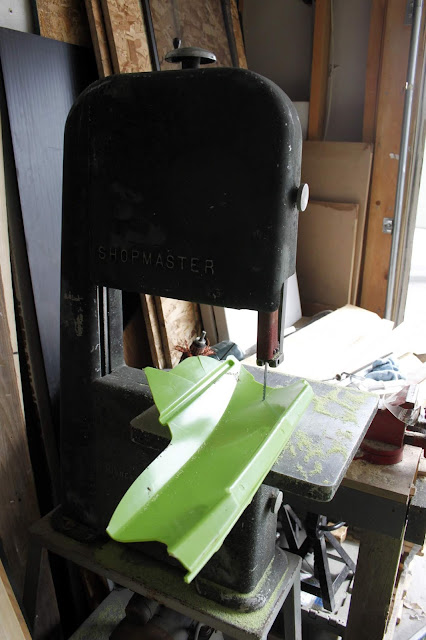 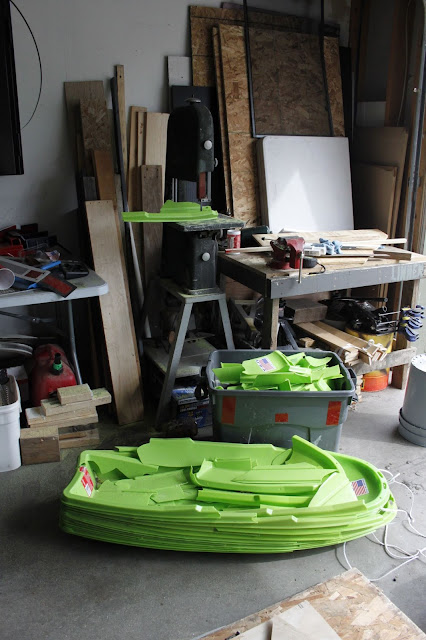 I recently got this antique Shopmaster band saw in Phoenix for this express purpose. I figure if it's been running 50 years it'll run another 50 years. Even with the dull blade it cuts through plastic quickly, but for woodworking I'll need to buy a sharp blade. Next to the saw is the stack of broken sleds. 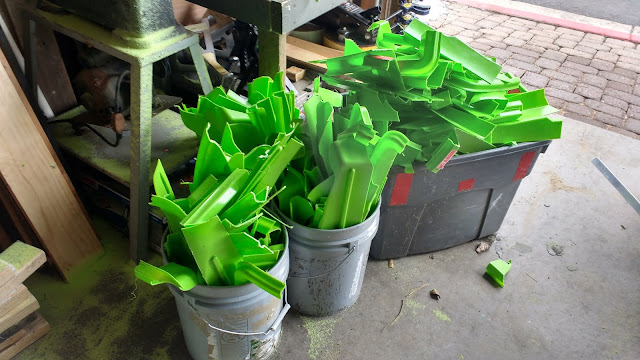 I ended up with one large Rubbermaid bin and three 5-gal buckets full of these scraps. They were all overflowing. I blew the shredder out with the air compressor and shoved some sleds in. 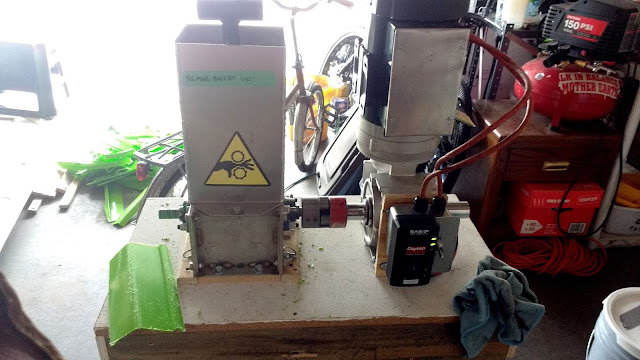 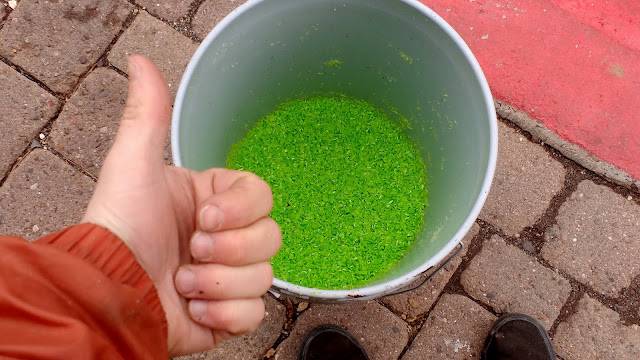 Success! They don't jam as bad as the polypropylene. Overall not bad. 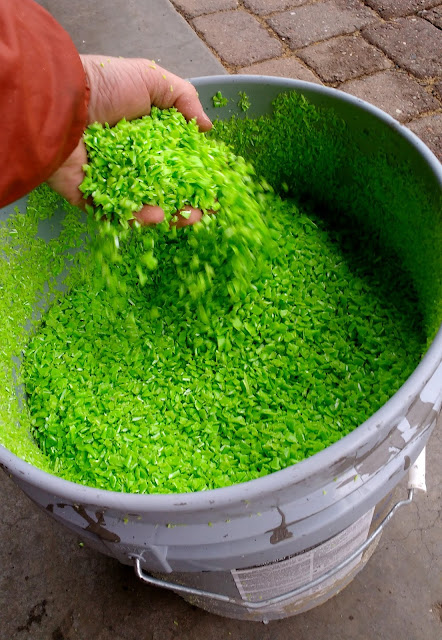 Ended up with about 4 gallons, I think, after about four hours. Lovely! I'll have a few of these buckets before I'm done.

I will be demonstrating the shredder at SMR in Flagstaff on Wednesday! 2-5pm. If you're in Flag feel free to stop by. I might do another demonstration for them later too, if there is much interest in the project.
on February 09, 2019